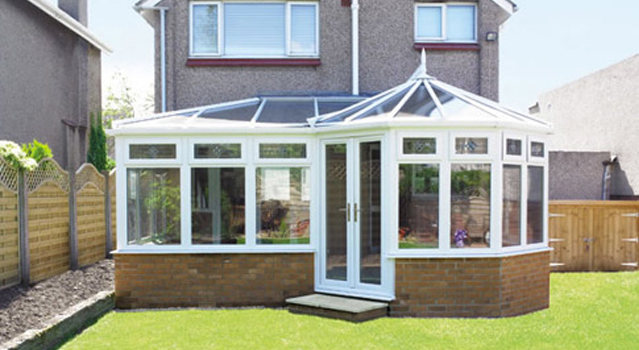 The Georgian Conservatory – symmetrical and proportional in its design.

The original Georgian conservatories were built on period homes of the 18th and early 19th centuries, in a style which features a flat front and a square or rectangular symmetrical flooring shape, a convenient shape for laying out furniture and plants. The Georgian conservatory was considered a highly exclusive addition to any property, such conservatories were originally the preserve only of those with style and the very rich who lived in stately homes. It is therefore unsurprising that it has been replicated on so many homes ever since.

The original Georgian conservatory typically had a high, sloping roof style that gave it a spectacular vaulted effect and this traditional styling has been carried on in modern Georgian conservatory design to ensure that they create a room not only to be bright and airy but which will also flood with natural light and warmth.